Surplus Cash? Make the Most of It! – Green Business Blog 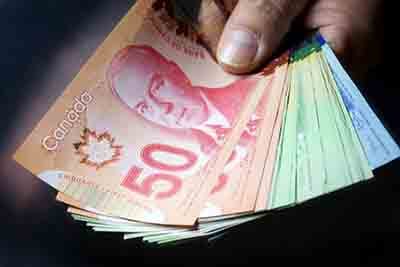 Wariness about the economy has many businesses carrying surplus cash these days. According to Statistics Canada, private non-financial corporations held $471-billion in cash in the first quarter of 2011. Compare this with $365-billion in the same quarter in 2009.

Business owners such as Ontario entrepreneur Mike Riehm are trying to determine how best and when to put their surplus cash to use. He is the founder of Envirobond Products Corp., based in Mississauga, Ont., which makes organically stabilized joint fillers for interlocking stone driveways and walkways. The company posted a respectable profit in 2011 after implementing a stronger business plan.

Cash reserves can be a good hedge against uncertainty, says David Wilton, director of small business banking at the Bank of Nova Scotia.

“The good stuff about cash is that it is a strong Plan B,” says Mr Wilton, who is based in Toronto. “The negative to it is that it’s an underperforming asset. Too much cash in a business can also mean it’s underemployed – you always want to make sure your cash is working for you.”

You Need to Have a Plan

Before a company can decide what to do with surplus cash, it must determine how much of a surplus it has, says Abby Kassar, vice-president of high-net-worth planning services for Royal Bank of Canada’s RBC Wealth Management unit. She defines surplus cash as funds that aren’t needed for short- and medium-term operations, taking into account such factors as tax instalments (“you may need to pay more if you have increased sales,” she says).

Says Mr Wilton: “Make sure you do a 12-month cash-flow projection. Depending on your business, at times you may need more cash and other times you may need less… Then you can put your cash to work for you.” On top of year-long projections, he adds, businesses need a two- or three-year plan, to anticipate what may be done with cash accumulated.

It’s best to run any decisions affecting cash by your accountant or personal business adviser.

Depending on the type of debt you have – such as lines of credit or loans – paying it off may be one of the first things you do with extra cash. This depends on whether you are saving money by paying them off rather than using that money for other investments. “And the good thing is you will still have that line of credit and that may become your Plan B,” says Mr Wilton. “There may be situations where you want to pay down that long-term debt, but the disadvantage is it’s not readily available again if you pay it down,” he adds.

2. Protect It From Added Taxes

If extra cash isn’t needed for day-to-day operations, and you want to invest it for long-term purposes, consider setting up a holding company to minimize the tax repercussions, Ms Kassar suggests. “If the surplus cash is sitting in a corporation, creditors of a business can have access to that cash. Done properly, you can flow funds tax-free in a holding company to protect it from creditors.”

3. Invest In Your Business

Investigate whether it’s a good time to buy something for the business – such as new equipment or property – especially if it’s offered at a premium rate, so you can use such purchases as a tax write-off.

You can put extra cash into a registered retirement savings plan or another retirement vehicle. You also can pay yourself more of a salary, pay it out as a dividend to yourself and/or your shareholders. But you can end up with more after-tax money by funding your personal living with dividends and leaving the surplus cash in the company. “If you determine you don’t have any immediate need for funds in the corporation, you may want to buy a house or car, or fund education,” says Ms Kassar. The corporate tax rate plus personal rate plays a part in determining the best use of the cash, she says.

5. Use Your Money to Make Money

Depending on the timing. For example, if you don’t need the excess cash for at least six months – consider putting it into a locked-in investment. A guaranteed investment certificate or GIC would be a possible choice. For everyday use, there are also special business savings accounts that carry higher rates of interest than regular savings accounts. At Scotiabank, for instance, the Power Savings Account for business recently paid 1.1 percent annually on balances between $25,000 and $1.5-million, compared with a regular savings account at 0.5 percent. “Depending on the risk profile of your business, you may want to look at other alternatives. Check out Treasury accounts and commercial paper as well,” says Mr Wilton.

But sometimes having cash at the ready can result in bad decisions. Especially if the firm doesn’t have a good business plan in place.

Nearly a decade after founding Envirobond, Mr Riehm shifted his head office from Kitchener, Ont. He moved it to Mississauga where it was closer to his home in Toronto. After determining the company had sufficient surplus case, he also increased staff to nine people two years ago.

The company ended up having a stellar 2010, boosting its revenue by 45 percent over 2009. So imagine Mr Riehm’s surprise when his company recorded a net loss for the year.

“We grew so fast in our sales but got hammered with a loss from a finance point. We weren’t properly tracking everything,” explained Mr Riehm, 39, a University of Guelph agricultural science graduate. “Cash on hand only means so much if you don’t know what you’ve got around the corner. You need to project your off-season’s burn rate [cash flow]. If you’re not actually aware of your future, having excess cash can hurt you.”

In 2011, however, Mr Riehm’s company turned things around – reporting the same revenue over the previous year and a respectable profit after he hired a new bookkeeper and developed and followed a proper business plan.

“We weren’t going to be able to properly realize our exponential growth until we had the proper internal structure of the company in place. It’s like building a foundation of a good home,” he said.

*Retrieved from The Globe and Mail* June 2012