Reversing the Environmental Impact of Urbanization

on November 29, 2017
in Landscape Architects, Municipalities 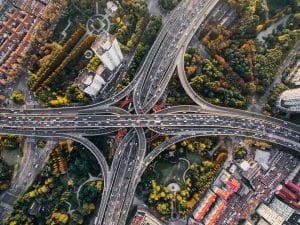 For the majority of the population, opportunities and resources are reliant on being in urban regions.  While the general population is continuing to accumulate in city regions and dense areas, it is leading to significant changes in relation to the environment.  Urbanization is causing alterations in condensed environments, leading to an imprint which municipalities now have to re-consider for new developments that does not create a negative footprint.

It has been found that over 80% of the population lives in urban areas.  This is continuing to increase, leading to highly dense regions.  The amount of activity in consolidated areas also leads to higher amounts of pollution, waste and stress on the environment.  It is noted that UHI (urban heat island), water stress and air pollution are continuing to have negative results from the population growth.  The inability to control or reverse the environmental changes is also present, specifically because of older infrastructures that did not calculate the growing population and activity within a given spatial area.

According to a recent study by the Journal of Biodiversity and Endangered Species, there are several areas of impact that need to be considered with growing urbanization.   As cities continue to develop, vegetation and greenery is lost.  This creates a significant imbalance within the climate, creating issues with soil degradation, air pollution that is not filtered and water erosion and damage.  The issue continues with buildings and paved areas that do not have shade and are unable to process water or moisture.  By not properly evaporating or processing water, it elevates surfaces and air temperatures.  Heat island effect is the result, specifically because of the incompatibility of natural elements and building materials.

The issue with the landscape supply is known to build up both water and heat impact within regions.  As supplies are unable to evaporate or process water and heat, it continues to create a rise in pollution as well as heat.  It was noted by the study that for UHI, reflecting heat, thermal emissions and the ability to process heat from the sun are the central concepts which lead to environmentally polluted urban areas.

The demand for urban areas is to begin to change how infrastructure development is approached.  According to the study, the knowledge about UHI, water damage and air pollution requires new planning techniques.  The urban environment is required to look at how the infrastructure is developed and what changes can be made to reduce the impact of pollution.  Using environmentally friendly landscape supply as well as approaches with greenery will immediately begin to reverse the negative environmental issues in relation to urbanization.

While the infrastructure within city settings offers resources and opportunities for a growing population, it also hinders the environment.  Rebalancing certain spatial regions with landscape supply, greenery and new approaches to the urban infrastructure will alter the impact of UHI and environmental damage.

Next post: Is It Possible to Have a Sustainable City?